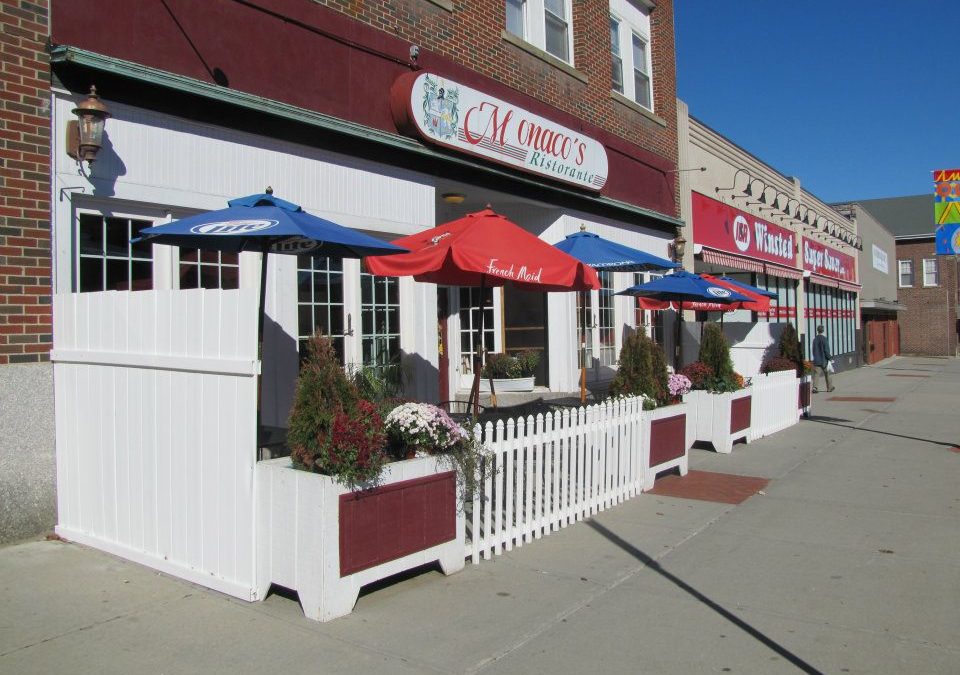 It has been a long time since we’ve seen each other, dear readers.  As I sit at the brewery smelling the sweet aroma of floor epoxy, my mind wanders back 25 years.  I still remember those days like it was yesterday…. Al Gore just invented the internet, presidential candidates did not inhale, and Ace of Base was beaming glorious musical notes throughout the air waves.  It was a simpler time full of hope and promise.

It was during this time that I started a relationship that would forever change my life.  In life, if you are lucky, you will meet a person who has such a profound impact on you that it shapes how you view and interact with the world.  It might be a teacher, parent, or a professional mentor. In my life it was an amazing Italian lady and her restaurant. I was taught what is truly important in life: friends, family, and the vehicles that can bring everyone together… food and drink.  I can only be talking about the legendary owner of Monaco’s Ristorante, Franca.

From your first visit to your 100th, you are always treated as family.  The best part – unlike most family dinners – there is no arguing and no dishes to clean.  Speaking of dishes, pick any dish off the menu and happiness will radiant from you. I’m struggling to find the proper words to describe how magical this place is.  Perhaps a true story is the best way to tell my tale.

“It was a Thursday afternoon; the clouds were fluffy in the sky like the head of a perfectly poured beer.  Beerman was on a high – it was wonderful day full of milestones achieved at the brewery. There’s only one way to celebrate such a day, he would treat himself to a special meal.  It’s been years since he wandered through the front door of Monaco’s, but when he finally did, he was treated like he was the Duke of Winsted.

Glancing around the room the faces of the patrons may have changed since his last visit, yet the smiles and laughter made it feel as if they have been friends for generations.  Taking a seat at the bar, he ordered a glass of Merlot. As Beerman glanced at the menu, a small tear rolled down his face… he was home again.

Off to his right he recognized the smile and laugh of an old friend.  How long has it been since we last dined together? It felt like yesterday, turns out it was over two years ago.  As they spoke, Beerman could not help but notice how his friend’s eyes twinkled as he looked at his entrée. He was dining on one of the most divine examples of Sole Francese ever seen.  With delight he said it tastes even better than it looks.

Beerman prefers dinners that start out life with legs.  So many amazing choices to pick from! He could have picked anything from pizza to pasta, but for him there was just one vision dancing around in his head.  Drool was slowly rolled down his chin as he ordered the famous peppercorn steak. Beerman was giggling with glee as he waited for it to appear from the kitchen.  Then an angel in a white button-down shirt wearing a black apron appeared. The white plate she held in her hands was holding the object of Beerman’s affection. A perfectly sized steak, swimming in a delightful brown peppercorn sauce, was waiting to become part of his intestinal tract.  The first bite did not just meet his expectations it exceeded them.  So many happy memories came cascading in!  There was only one way to top a feast such as this – black coffee served with a cannoli made with a heavenly filling… ”

The story of Monaco’s could be called the Never-Ending Story.  When you leave you never say good bye, you say “until we meet again”.  All I can say is, you need to drop in to Monaco’s and start writing your own story.  I promise you will not leave disappointed. Start your adventure with a pint at the LRB, then hop, skip, or jump ½ mile down the road to begin your very own Monaco’s tale.

That’s all for now dear readers, got to get back to opening a brewery.  Hope to see you all really soon.

Until we meet again, cheers!
Beerman