It’s All About Faith 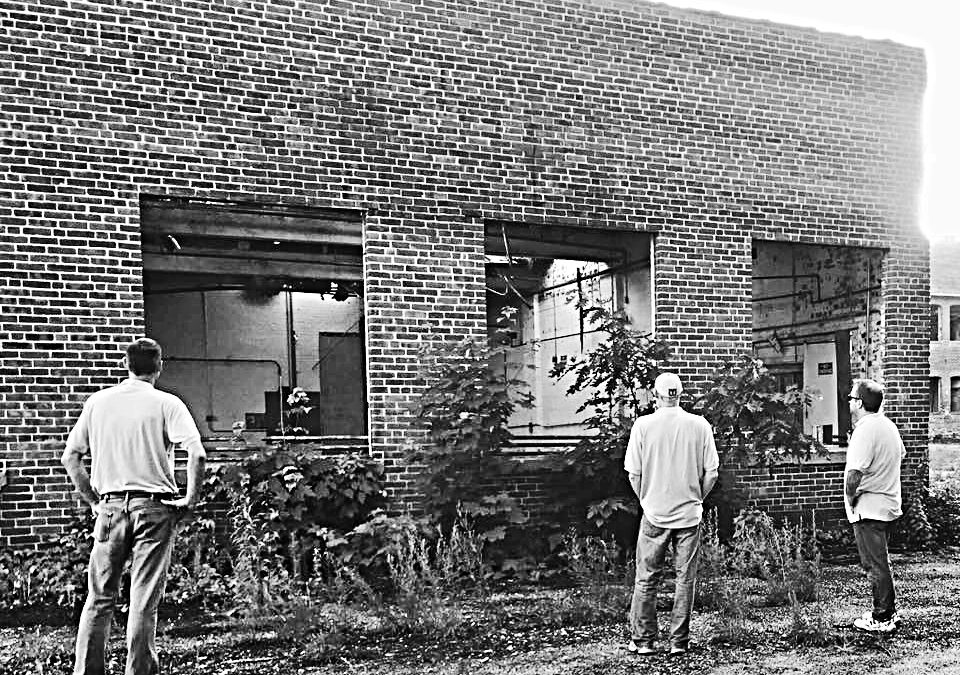 Dear readers, the movie Miracle on 34th Street has a very thought-provoking quote, “FAITH is believing in things when common sense tells you not to.” Upon reflecting on 2018, this simple word, FAITH, pops up for the LRB more often than those darn hairs that are growing out of my ears and nose. You know the ones, you pluck one, and two come back like the Hydra from Greek mythology. Okay sorry, way off topic… back to our story.

The Little Red Barn Brewers entered 2018 with a plan to conquer the world. After much discussion, we decided it would be easier to open a brewery. Boy were we wrong. Since our first brew at the historic Little Red Barn on March 9, 2013, we dreamed of brewing professionally. The LRB story has everything needed to make a Hollywood Blockbuster. It has intrigue, drama, explosive revelations, and a love story involving hops, water, malt, and yeast. Spielberg, give me a call – I have a script for you. It has Oscar and Tony written all over it.

There was one major obstacle keeping LRB from reaching its full potential: time. No one had any. Fate stepped in on January 26th… Beerman got laid off from his day job. Walking out of the office that day, Beerman was almost as happy as Don Lockwood in his famous “Singin’ in the Rain” dance, or our version of the song, “Splashing and Dancing in the Beer”.

Since that fateful day in January, the LRB’s faith has been tested many times. But I’ll tell you whose faith in us never wavered – YOU, dear readers. Whenever this journey got difficult, the community was there to pick us up. Keeping the faith is not always easy, but it is always necessary.

Faith is a funny thing. For instance, it comes with a lot of side effects including, but not limited to, sleeplessness, anxiety, stress, drunkenness, upset stomach, and diarrhea. The drink of choice for faith and dreams is Pepto with a Tums chaser. Common sense may be the boring path, but it’s a heck of a lot better on the digestive system. For dreams to come true, you need to take a leap of faith. Then, like the song says, you must “Keep the Faith”.

With everyone’s help, the LRB kept the faith and is now on the cusp of giving birth to a brewery. I expect our water to break any day now. The LRB enters 2019 on a very high note, as each day it gets easier to see our dream transition into reality.

I had a funny dream I want to share with you. I believe we all know the Jimmy Stewart movie, “It’s a Wonderful Life”. I had a dream that George Bailey was, in all actuality, Beerman. This is how I imagine the conversation between Beerman and his guardian angel would go:

Picture Beerman standing on the edge of the bridge after seeing how Winsted would be if he never opened his brewery. He’s wearing black skin-tight thermal underwear with his cherry red boxer shorts on the outside, and his top is a white T-shirt with a giant painted B. The T-shirt once fit properly… unfortunately, it’s now more of a “half shirt” due to the keg Beerman carries under it. (Once you see a midriff like that you can never unsee it.) Beerman has his patented blue towel cape flapping in the wind. He slowly turns his head, hop-sized tears rolling down his face and he sees his Guardian Angel, Geiger.

Geiger says to our hero, “Beerman, one man’s brewery touches so many others, when it’s not there it leaves an awfully big flavorless hole. You see Beerman, you had a wonderful life. Don’t you see what a mistake it would be to throw that all away and not open? No man is a failure who has friends and a brewery.”

Thank you for your continued support. Together we’re going to do great things for our town and the community, we just need to keep the faith.

Dear readers, next week we’ll return to our regularly scheduled spotlight. Until then…